YIC 2017 was held on 30th September 2017 at CIDB Convention Centre, Cheras. The event started at 7.00 a.m. with the arrival and registration of the participants. This was followed by breakfast. A total of 102 teams registered themselves for the competition. After registration and breakfast session, the participants were allowed to setup their booths and models. 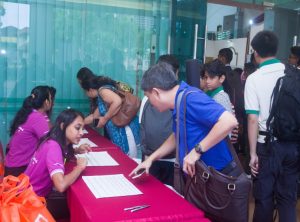 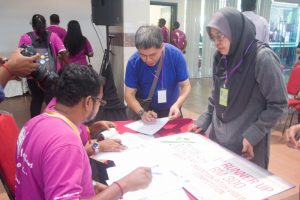 Once the booths and models were setup, the Opening Ceremony was held at 9.30 a.m. Next on the agenda was the briefing by the Judging Team at 9.45 a.m. More than 60 judges were present to judge the inventions and they mostly comprised of university lecturers, engineers, environment consultants, intellectual property specialist, etc. 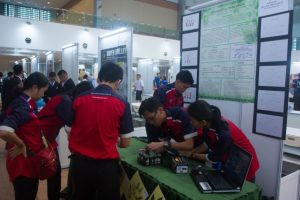 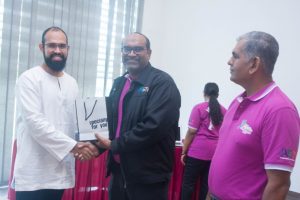 At 1.00 p.m., the hall was opened for public viewing. Public was allowed to visit the booths and ask questions if they had any. Public Viewing session was closed at 3.00 p.m. All the teams that participated were presented with Certificates of Participation by our special guests at their respective booths. 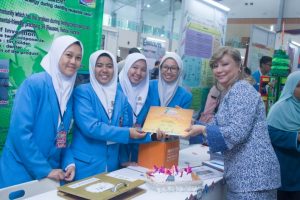 The VIPs who attended the event were

Ms.Aneita Abdullah was the host for the Closing & Prize Giving Ceremony.

Before the Prize Giving Ceremony, few of our dignitaries gave their speeches. Mr.Anandan Shanmugam was the first dignitary to give his opening remark. He said the teams that have participated in YIC in the past have gone abroad and won competitions at international level such as in Hong Kong. He added that this should not be the end and the students should continue their inventing journey.

After the speech by Mr.Anandan Shanmugam, The guest of honour, Deputy Minister II, Ministry of Education was called upon on stage accompanied by Dr.Mohamed Yunus Yasin to deliver keynote speech and give out Tokens of Appreciation. The recipients of the Token of Appreciation were, Mr.Yoshiaki Okabe, Director and International Cultural Exchange (ICE) Committee Chairman, Jactim Foundation, and Ms.Siti Kamariah, Vice President Education of Yayasan Hasanah who were the funders of YIC 2017.

Mr.Velavan Sengodan was called on stage to give the judging feedback. He said that the judges had a tough time judging the participants due to so many amazing inventions. He added that the judging was done based on creativity, innovation, presentation skills and safety features.

After that, Dr.Mohamed Yunus Yasin gave his thank you speech in which he encouraged the participants, regardless of the result, not to give up and to continue their inventive journey. Besides that, he also thanked everyone involved in YIC 2017 including the volunteers in making YIC 2017 a success. 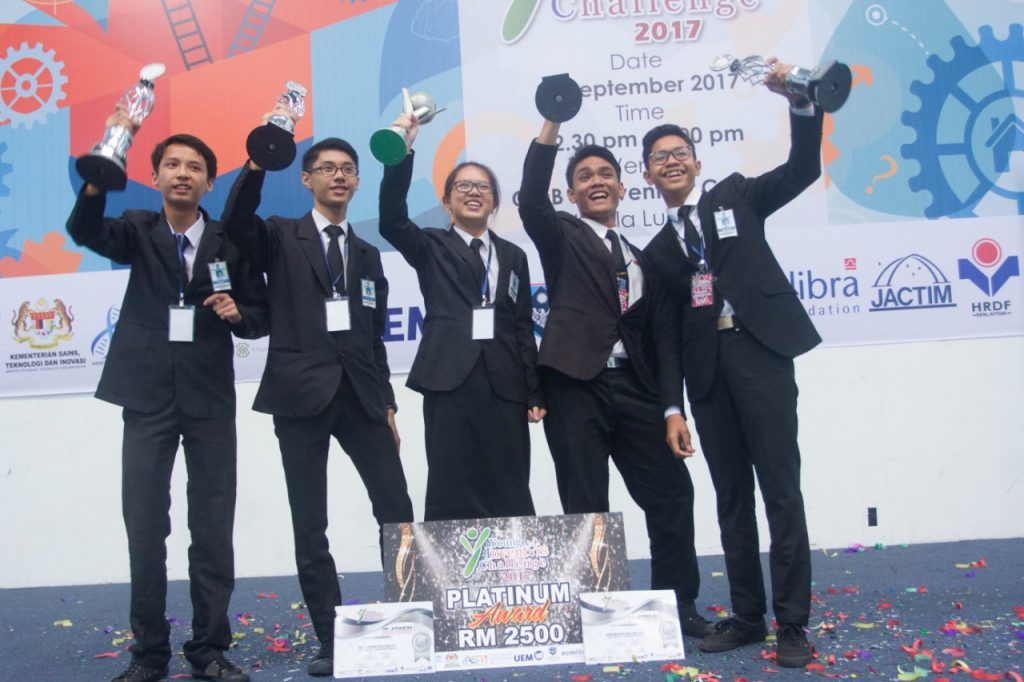 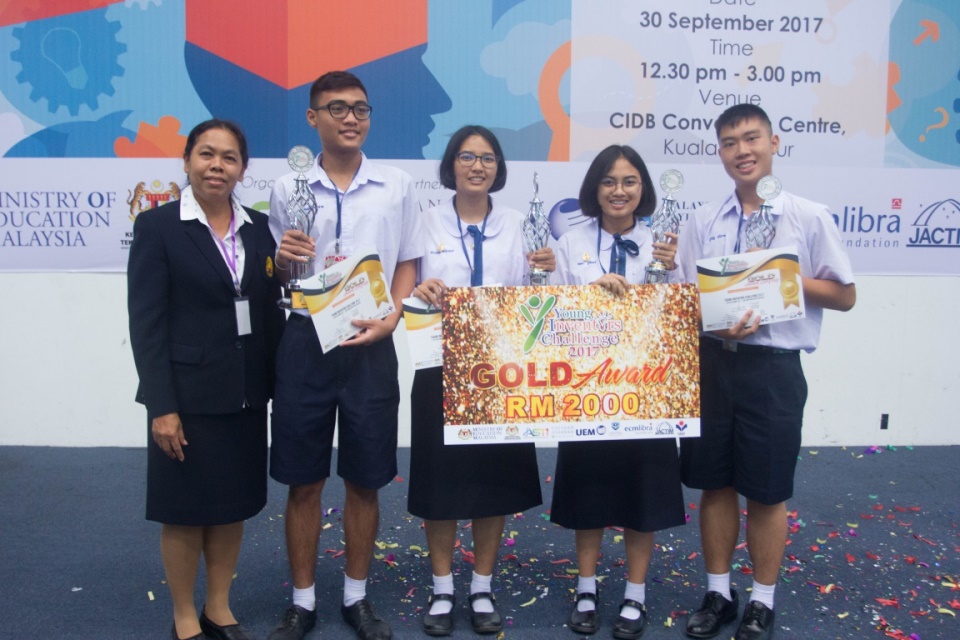 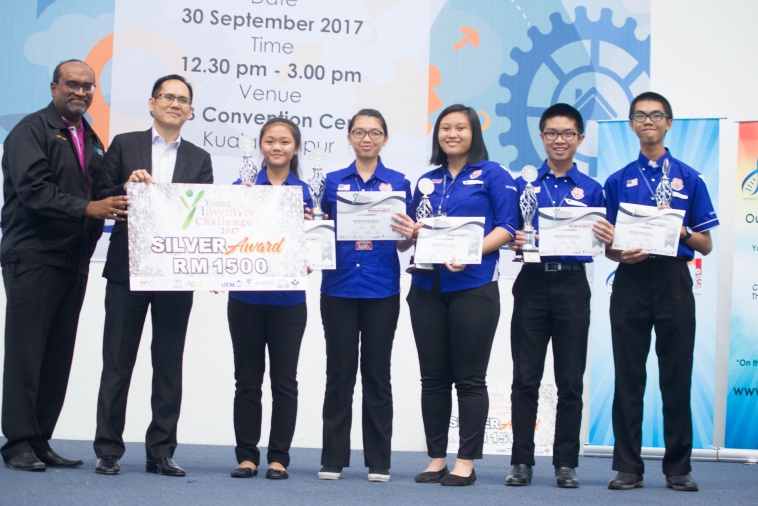 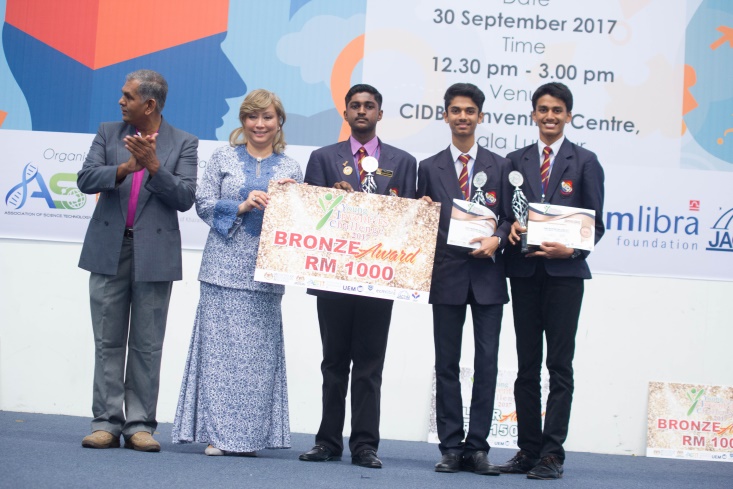 The participating teams were requested to come up with a 3 minute video to pitch their invention, but it was not made compulsory. 34 teams participated in this competition and submited their videos on time. The details of the winning teams are as below: The participating teams were requested to come up with 3 page project paper but it was not made compulsory. 32 teams participated in this competition and submitted their paper. Judging teams have marked the paper and selected three best project paper. The details of the winning teams are as follows: YIC 2017 was a huge success. We had attracted some multiracial teams from various parts of Malaysia, Philippines, Thailand, Singapore and Indonesia. We had received 480 proposals which is an increase from last year but only 117 teams were selected. From the 117 teams selected, 102 teams participated in the Grand Finale. Even the number of participating teams had increased from last year.

Our survey shows a high satisfactory level of all of our stakeholders. We believe that this program can be a platform for young creative and inventive students to showcase their talent and possibly build their career in this area.